How is Omicron affecting South Africa?

It’s difficult to escape the Omicron virus in the news. Case numbers and hospitalisations are being widely reported. We know it will take time for the true risk levels to become clear.

The current case trend gives a very clear idea of the rapid change in number of cases found in South Africa in the last month. 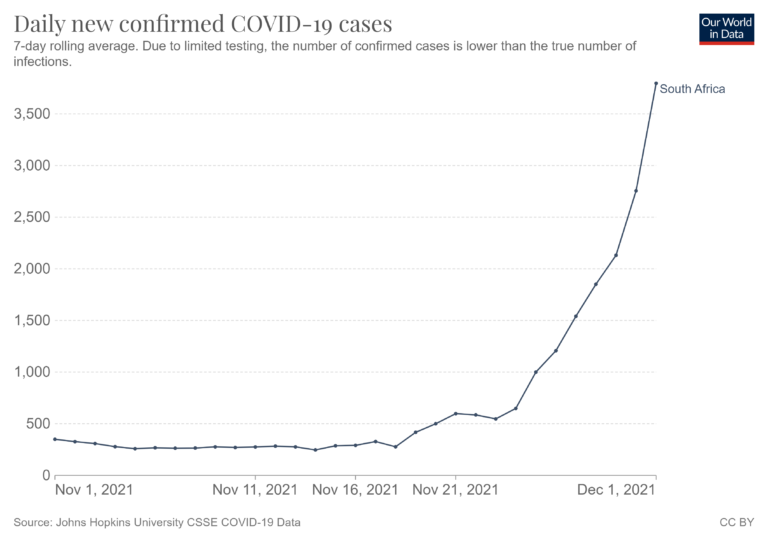 It is important to show that South Africa has experienced bigger waves of infection. The same chart measured over the entire pandemic shows a different picture. 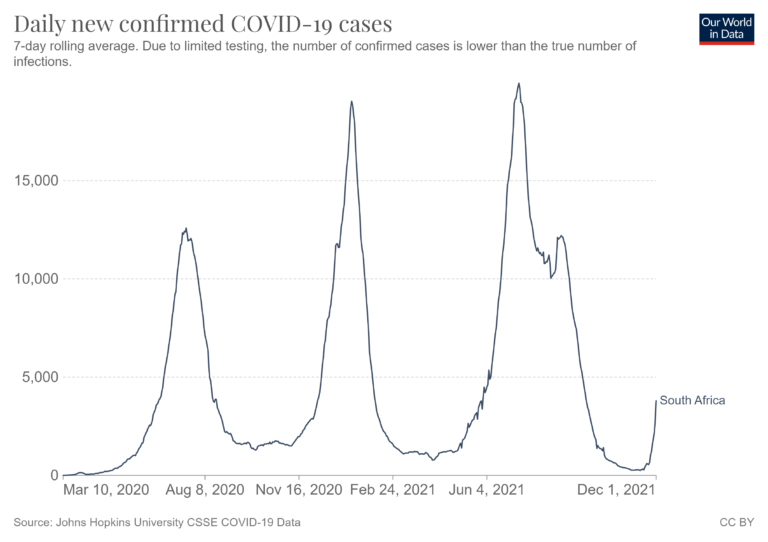 It is the velocity of change in the case numbers due to the Omicron variant which is capturing attention, even though a large third wave of infections was experienced in the summer. The rate of reproduction (the “r” number) is currently estimated to be around 1.2 and is increasing. The positivity rate in testing has risen from 1% to 22.4% in just over a week.

The data on vaccine efficacy, severity of infection, transmissibility and mortality is very unclear.

When will we know more?

Yonatan Grad, Associate Prof of Immunology & Infectious Diseases at Harvard School of Public Health suggested at the end of November that his “guesses about timelines are: neutralization in 1-2 weeks, transmissibility in 2-4 weeks and severity in 1-2 months”.

It’s important to stress those guides are guesses. Nobody can currently be certain about how things will develop. But they are guesses from a spectacularly well-informed specialist in the field.

Anecdotal reports picked up in many media are currently indicating that the variant causes only mild illness. On the face of it, that is very positive. But a big problem is hidden underneath that picture.

Counter-intuitively, a variant that is 50% more transmissible could cause much bigger problems than a variant which is 50% more deadly.

Adam Kucharski, a mathematician and epidemiologist at the London School of Hygiene and Tropical Medicine and a Fellow of the Wellcome Trust has published this illustration:

The phenomenon in epidemiology – that transmissibility can cause more deaths than infectivity – is because an increase in something that grows exponentially (transmission) can have a much bigger effect that the same proportional increase in severity.

It is impossible to predict what may happen in the coming weeks. However, it is possible to pose a hypothesis, based upon past experience. The case fatality rate is one indicator that can be easily modelled.

There are currently around 6 million people in the UK who have not been vaccinated (children and adults). If Omicron spreads rapidly through an unprotected population, even without any change in severity of illness, some 90,000 would be at risk of losing their lives.

Any increase in severity of illness would have negative consequences for large numbers of people. The message in the data is clear; protection is essential and the first line in the defences is vaccination.

Socially responsible behaviour and treatments are the second line of defence and new treatments are becoming available in the coming months. The reduction in case fatality rate in the UK is testament to the skill and dedication of the NHS and the scientific community. The hope is that the  fatality rate continues to decline. 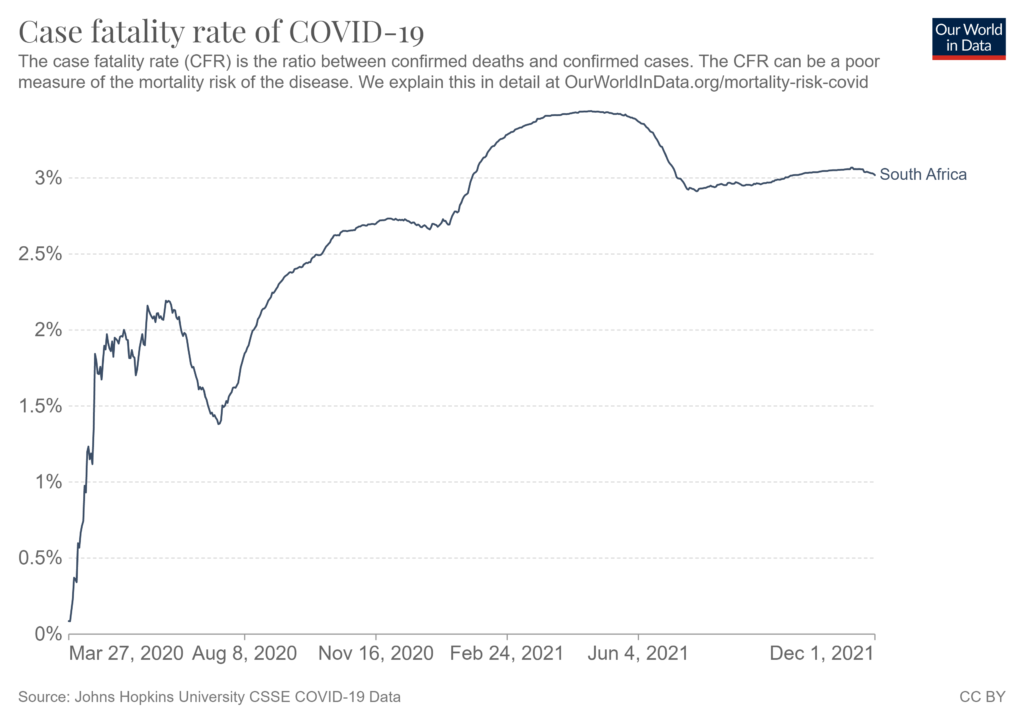 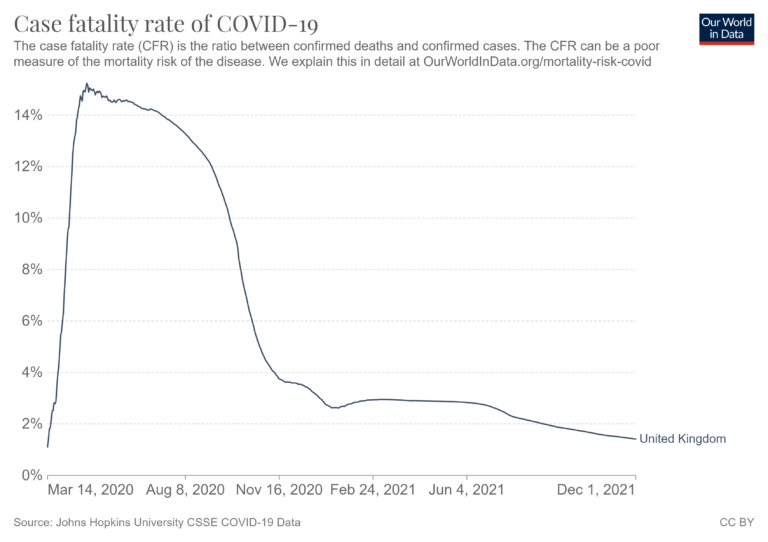